Noted social critic and historian, Howard Zinn, pointed out that, “Indeed, when the [Vietnam] war was studied years later, it was clear that no rational decision based on any moral principle had led the nations into war. Rather, there were imperial rivalries, greed for more territory, lusting for national prestige, and the stupidity of revenge.” Though Abraham Lincoln knew the gravity of a civil war, he also used soaring rhetoric at times to characterize the nobility of the side wearing blue: “With malice toward none, with charity for all, with firmness in the right as God gives us to see the right, let us finish the work we are in.” When looked at in an objective sense, war is almost never justified, and yet in America, is appallingly repetetive. It’s like, Same inhumanity and lies, different decade. This is especially true now, as new information has come to light that American presidents all knew the war in Afghanistan couldn’t be “won”, and yet it is to-date the nation’s longest-lasting war.

Here, Zinn points out one way in which the Pentagon and other institutions can mislead the public, thinking of them more like kids in the back of a station wagon on a family vacation: there may be complaints, they may be sleeping, they may be arguing – it doesn’t really matter to where the leaders of the car (in this metaphor, the architects of war and the politicians who are “war hawks”) believe the ultimate destination lies. Just as parents say “Shut up back there” or “Here, watch this movie and forget about your anxiety”, generals and politicians tend to try to mollify and manipulate the public rather than provide objectively true and accruate information.”

The people of a country, perhaps especially the United States, are rarely “in the know” about the reasons for war, the progress of the war, and so on, and are often lied to by those in power. Zinn: “It’s always good, if you want people to go to war, to give them a good document and have good words: life, liberty, and the pursuit of happiness. Of course, when they wrote the Constitution, they were more concerned with property than life, liberty, and the pursuit of happiness.” The Gulf of Tonkin incident shows that the whole entree into the Vietnam War was arguably an act of deliberate misinformation on the part of the Johnson Administration. Then, it and the Nixon Administration lied and lied and lied about it.

Robert MacNamara has some serious regrets about how the U.S. behaved in the war, in fact: “In a single night we burned to death 100,000 civilians… men, women, and children… in Tokyo. I was part of a mechanism that in a sense recommended it…If we lost the war, we’d all be prosecuted as war criminals. He [General Curtis LeMay] …and I … were behaving as war criminals… What makes it immoral if you lose but not if you win?”

So war begins for dubious reasons, often as a way for those in power to further some goal or wish, the acquisition of which is frustrated by other means.

Nor is dissent tolerated. The military commander Anthony Zinni points this out: “In the lead-up to the Iraq war and its later conduct, I saw at a minimum true dereliction, negligence and irresponsibility; at worse, lying incompetence and corruption; false rationales presented as justification, a flawed strategy, lack of planning, the unnecessary alienation of our allies, the underestimation of the risk, the unnecessary distraction from real threats, and the unbearable strain dumped on our overstretched military. All of these caused me to speak out, and I was called a traitor and a turncoat by civilian Pentagon officials.”

It can get really bizarre when commercial interests are on the line. Famous for not “toeing the line”, as the military phrase goes, General Smedley D. Butler came totally clean about his misgivings about fighting wars on behalf of the United States (there have been over 250 armed conflicts, skirmishes, operations, battle, coups, and wars since we rebelled against our King and Country in 1776): “I helped make Mexico safe for American oil interests in 1914. I helped make Haiti and Cuba a decent place for the National City Bank boys to collect revenue in. I helped purify Nicaragua for the international banking house of Brown Brothers … I brought light to the Dominican Republic for American sugar interests in 1916. I helped make Honduras right for American fruit companies in 1903. Looking back on it, I might have given Al Capone a few hints.”

Here, Butler also highlights how costly it can be to engage in a war – what Howard Zinn meant when he said Every war has two losers: “The general public shoulders the bill. This bill renders a horrible accounting. Newly-placed gravestones. Mangled bodies. Shattered minds. Broken hearts and homes. Economic instability. Backbreaking taxation for generations and generations.” Zinn would seem to agree: “Wars are not simply wars of one people against another; wars always involve class differences within each side, where victory is very often not shared by everybody, but only by a few. The people who fight the wars are not the people that benefit from the wars.”

In what could rightly be termed propaganda, the leaders of a nation often distort, lie, and dissemble in order to drum up support for the war. Perhaps never in American history has there been such a glaring example as the way the architects of war in the Bush Administrations led us into Iraq, and Afghanistan – America’s longest-lasting war. They also sugar-coat and attempt to hide the reality. I clearly remember Bush declaring it illegal to photograph flag-draped coffins of soldiers’ caskets returning from abroad.  “I really do think that if for one week in the United States we saw the true face of war, we saw people’s limbs sheared off, we saw kids blown apart, for one week, war would be eradicated. Instead, what we see in the U.S. media is the video war game,” journalist Amy Goodman points out.

Unfortunately, due to a massive Washington Post investigation, it is now clear that three presidents all shared in the disgraceful subterfuge and Machiavellianism that characterizes the war in Afghanistan. It is known as “the graveyard of empires” for a reason.

In hundreds of confidential interviews that constitute a secret history of the war, U.S. and allied officials admitted they veered off in directions that had little to do with al-Qaeda or 9/11. By expanding the original mission, they said they adopted fatally flawed warfighting strategies based on misguided assumptions about a country they did not understand. The result: an unwinnable conflict with no easy way out.

As well: “On Monday, The Washington Post published a blockbuster investigation that amounted to what my colleagues dubbed ‘a secret history’ of the U.S. war in Afghanistan. And it’s clear why American authorities sought to keep this history ‘secret.’ In private testimony as part of an internal government review, hundreds of U.S. officials and insider experts admitted confusion over a war that has lasted 18 years with no end in sight. They expressed despair over the failure of U.S. strategy to push back the Taliban and exasperation with the mass corruption enabled by American funding of the Afghan government” (journalist Ishaan Tharoor, from an opinion piece entitled “Afghanistan Papers: A portrait of American failure and hubris.”

Perhaps we are witnessing the very decay of the American republic right before our eyes. Every day that Trump remains in office, I feel surer of that. The report about America’s longest-lasting war laying bare some of the darkest decisions and portrayals by the Pentagon and Bush, Obama, and Trump only deepens my sense of depression about these United States.

It pains me to write that. We all want our country to be the best, to succeed, and to be righteous – just like we wish our parents were good, loving, just, and perfect. In both of these cases, we grow up and realize that just as our parents are human – warts and all – our nation is deeply flawed. War is just perhaps the most salient example of why I sometimes feel that America isn’t the best or the most moral or the most philosophically-consistent country ever created – it’s simply the one we live in, and, like an abused child, we would tend to think of our country (our parents) as right and its critics (the agent from Child Protective Services) as wrong. This isn’t to say that America, as with other countries, is all bad or evil. It is to say that when we put people in power, they develop institutions and machinations that are not necessarily moral or wise.

One can see this gross pattern clearly when one looks at the extreme cases of anti-vaccination advocates, or indefatigable Trump supporters. Both groups tend to buy hook, line, and sinker a set of propositions and beliefs that are only scarcely anchored in reality. Part of the reason is that indeed, American institutions are not perfect by any means, and thus, these groups sieze on these imperfections and create a whole narrative that is more based on subconsious desires, cultural grievances, and misinformation/disinformation than truth.

In war we find some of the gravest untruths, and the most devastatingly egregious acts of inhumanity.

None of this is to disparage those who go off to fight America’s wars – which tend to be the poorest young men and women, and are in no small way drawn from communities of color. Indeed, it is the politicans who send other peoples’ kids off to fight in wars, and dutifully, sadly, they go. They don’t have a choice.

Wars are inhumane, costly, and usually based on lies. America is not only no exception to this rule, it is probably the world’s prime offender. Ω 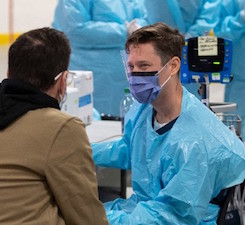 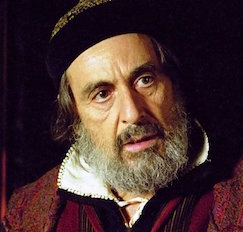 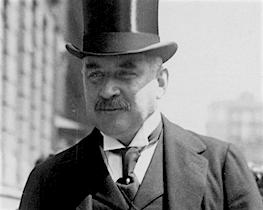 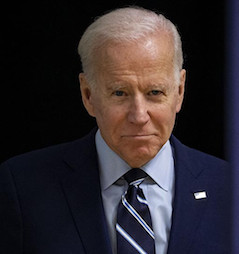 True wisdom is more complicated and elusive than any parable or morality tale can covey. And, like more material forms of wealth, the fact you now have it doesn’t mean you get to keep it.