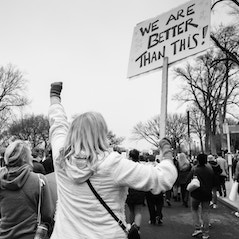 In Plato’s Crito, Socrates is shown to believe, essentially, that one should obey the laws of one’s city-state (Athens), even if in a particular case the law seems excessive, asinine, and/or immoral(i.e., not in keeping with a rationally acceptable view of moral justness and rightness) (in other words, laws that are unjust). Obedience to authority, whether to obey unjust laws, autonomy vs. group membership, and social contract theory are all relevant questions based on a modern and objective reading of Plato’s Crito. Further, these considerations have relevance to the question, Does Socrates have an obligation – legally and morally– to kill himself(i.e., choose not to escape after receiving a death sentence)? It is my contention that Socrates probably does not have a moral obligation to kill himself, though legally he probably does. After bringing in a few relevant theorists/philosophers, I will sketch a working theory on how to deal with obeying the law versus civil disobedience.

Here we are, thousands of years after Socrates, still trying to figure out what happiness has to do with justice.